You are here: Home / Ghosts 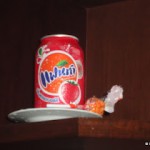 The Tsunami ghosts of Khao Lak

During the Tsunami in 2004 Khao Lak, Phang Nga was hit the hardest in Thailand. According to Wikipedia,  the final death toll was over 4000, with local unofficial estimates topping 10,000 due to the lack of accurate government censuses and the mere fact that the Burmese population were not documented or recognized as legal residents. Bhumi [...]

END_OF_DOCUMENT_TOKEN_TO_BE_REPLACED 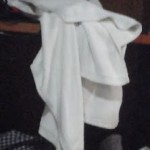 Since I had to sleep alone from the age of 4 at a different floor from where my family was sleeping, I imagined to see ghost figures on the top of my curtains and in fact it was a bit of a traumatic period for me at that age, dreaming of ghosts who wanted to [...]