You are here: Home / Germany

END_OF_DOCUMENT_TOKEN_TO_BE_REPLACED 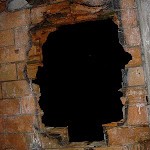 And the Darwin award of the month goes to..

German hobby-mason locked-in in his own basement Edited photo thanks toJeffrey Long A 64-year-old German man, who was planning to block access to his basement by constructing a brick wall, came to the surprising discovery, once his job was finished, he was on the wrong side, reported the police of the town Khala, in eastern [...]

END_OF_DOCUMENT_TOKEN_TO_BE_REPLACED 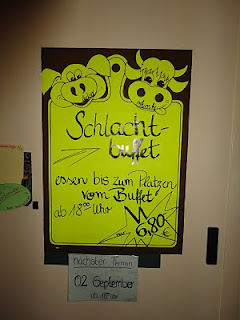 Seen in a hotel/restaurant near Nürnberg, Germany.Literally translated the sign says: “Slaughter buffet, eat until you burst for  € 6,80″  ($ 8.56).I guess the word slaughter doesn’t bring up many positive feelings in most cultures, but the pig and the cow on the sign look very happy. According to the restaurant’s menu, the buffet consists [...]