You are here: Home / Animals

END_OF_DOCUMENT_TOKEN_TO_BE_REPLACED 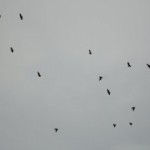 Seen on Coral Island (Koh Hae), Phuket: In the morning: Cleaning the rooms.On the foreground: Somkid, the manager of housekeeping.And in my opinion the defacto daily boss of the resort.She works here since 2001 and told me she would like to die here on the island. Not a bad choice if one day this might happen, I think. [...]

END_OF_DOCUMENT_TOKEN_TO_BE_REPLACED 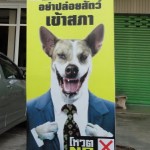 Seen today in Roi Et city:Towards the upcoming election July the 3rd, the People’s Alliance for Democracy PAD and the Heaven and Earth Party have joined forces in a campaign to promote casting blank votes. Both parties are against the politics of both current pm Abhisit and former pm Thaksin. A previous campaign in begin [...]

END_OF_DOCUMENT_TOKEN_TO_BE_REPLACED 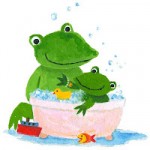 Frog and cow: A Thai fable

Image thanks to Tiphanie Beeke Once upon a time there was a baby-frog who happily lived with his mother near a pond.One day the baby-frog decided that he wanted to explore the world.He hopped for hours until he met for the very first time in his life, a cow.The cow scared the hell out of [...]

END_OF_DOCUMENT_TOKEN_TO_BE_REPLACED 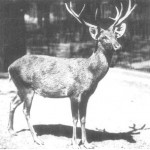 Extinct Thai deer might have survived in haunted Laos jungle

Photo:West Berlin Zoo, Lothar Schlawe (1911) The Schomburgk’s deer may once have occurred as far north as Yunnan (China) and Laos, but is known with certainty only from central Thailand in swampy plains, especially the Chao Phya River Valley.It’s antlers also used for medical purposes made nice trophies for hunters, until the animal finally became extinct.The [...]

END_OF_DOCUMENT_TOKEN_TO_BE_REPLACED 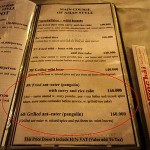 Seen in a restaurant in Dalat, Vietnam.Aren’t these animals protected or something? A pangolin or scaly anteater in the wild.The scales are razor sharp, so if you insist on eatingthem and do not want to get hurt, ask for filet. Update: 9-5-2011:Pangolins are indeed protected in Vietnam, so the restaurant was violating the law. Stefan Koch from [...]

END_OF_DOCUMENT_TOKEN_TO_BE_REPLACED 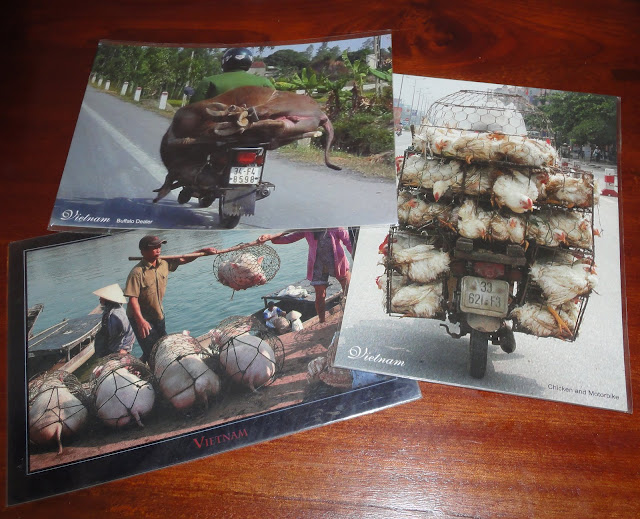 By I-nomad on February 20, 2011
END_OF_DOCUMENT_TOKEN_TO_BE_REPLACED 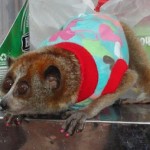 Seen in Bui Vien street, Ho Chi Minh City.What looks a bit like a meerkat, but I think it belongs to another species, is being kept as a pet. My impression was that the animal with it’s sweater and polished nails is not feeling very comfortable in the city.

END_OF_DOCUMENT_TOKEN_TO_BE_REPLACED 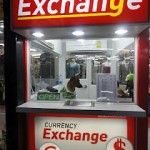 Seen today at an exchange office in Patong, a dog handling currency exchanges