To whom it may concern: Don’t tell I didn’t warn you 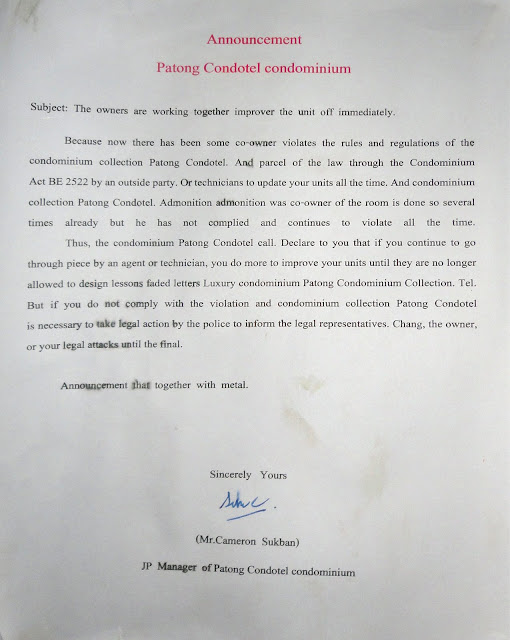 Seen next to the elevator door on the ground floor of my apartment building in Patong, Phuket.
From what I understand from the Thai version which was translated for me (for those mastering Thai, read it for yourself here), an owner of several apartments in the buildng is violating regulations probably by changing the layout without permission and using construction workers other than those assigned by the owner.
The last sentence looks a bit scary: “Announcement that together with metal”
Does that mean punishment will be carried out by using an object made from metal?
In the Thai version however, it reads something like: “Hereby everybody is informed”. I have seen funny things from Google translate, but probably even they wouldn’t be able to come up with such an interpretation.

Dangerous pitfalls by keeping the money out of Soi Kebsap, Patong
What gate Bill?
Fire exit vs. burglary defense: 0-1