You are here: Home / 2010 / Getting a bank account and Visa cards in Thailand without permanent address 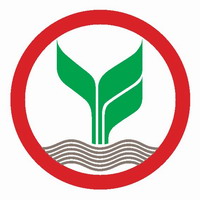 If you stay in Thailand for a longer time such as I do or if you have a Thai girlfriend + family to support, you might consider opening a local bank account. First of all it saves you precious time, should your Thai girlfriend’s buffalo suddenly have fallen ill. Moreover with the recent drop of the Euro versus the strong Thai Baht you will gain the freedom to transfer larger amounts at more favourable moments in time. When using the banks own ATM’s, withdrawals are free instead of paying an additional ฿150 (€ 3.45/$ 5) bank charge each time.
So what bank to choose? After inquiring various expats here and consulting the Thai expat forum, The prevailing bank of choice turned out to be the Kasikorn bank, formerly known as the Thai Farmers Bank, as their logo already kind of suggests, namely a rice plant in a paddy field. At first it didn’t sound that convincing to me, but Thailand being the number one rice exporting country in the world and Kasikorn being the fourth largest bank in Thailand having an excellent English website, with a full internet banking service, who allows even top-up phone credit, convinced me. Also very important, they have an excellent English helpdesk in Bangkok.
With 700 offices widely spread throughout the country, it’s very easy to ask your taxi or tuktuk-driver to bring you there. The only problem at the local office is; no one will speak English, so be sure bring a Thai friend along.
Can you open a bank account in Thailand without having a permanent address there? The answer is yes, you can!
According to their website besides your passport you officially should bring proof of residence or a utility bill with your name on it, but no one asked me, I just gave the name card of my hotel and asked them to leave out the word hotel, which they did. Thai people being used to use a bankbook where every transaction is printed in, the bank will never send any bank-statements nor any other documents, so don’t be afraid to have an angry hotel manager knocking at your door afterwards. Your bankcard cofunctions as an anonymous Visa credit card, which you can use in Thai shops. The maximum amount one can withdraw from an ATM is ฿50,000 per day (In 3 transactions, since the maximum withdrawal is ฿20,000 in cash per time).  One expat told me he even had managed to use it successfully  in a shop at Heathrow airport, the employee, probably never saw such a card, but the Visa logo confinced him to perform the transaction, requiring him only to show his passport, since the card was fully anonymous, but I guess this was an exception.